SONGWRITER AND PERFORMER AMO JR. WAS BORN IN THE 'GARDEN CITY' OF GHANA AND LIVING IN GERMANY SINCE '88. WITH HIS FIRST EP, HE IS RETURNING "HOME".

Amo Jr, is a songwriter, guitar player, performer, living in Hamburg, Germany. He grew up in the 'garden city' of Ghana where his first introduction and interest in music was ignited by "Highlife" in Ghana. He is living in Germany since 1988 where he was confronted with and embraced Indie, early 90’s Hip Hop, Soul & Funk, among other styles. Particular faves were diverse including R.E.M, Wyclef Jean, Elliot Smith, Bill Withers & Curtis Mayfield. During the formative years in Northeim, he began “secretly” to write songs after learning 3 chords on the guitar, which he now possessed! Both his sisters played a large part in encouraging him to present his music, in front of an audience. 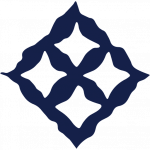 STAY IN THE LOOP

KEEP UP TO DATE WITH OUR LABEL'S UPDATES